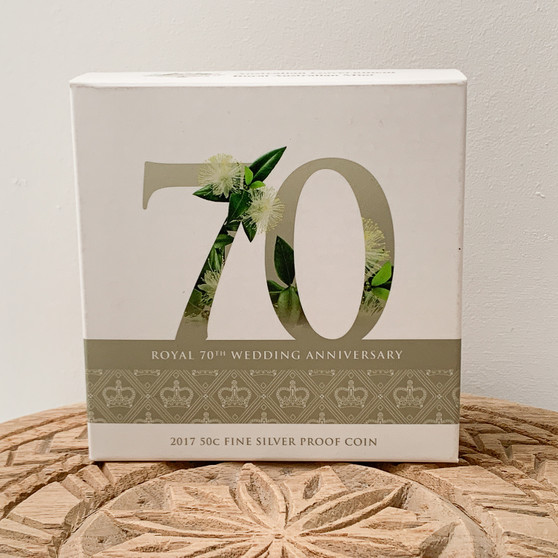 The coin celebrates the strength of their union, through the family that they have built during their 70 years of marriage. The royal couple are represented by their monogram 'EP' while wreaths of myrtle represent their children, grandchildren and great grandchildren. Each wreath is pinned by the heraldic symbol of the Princes in the direct line of succession: The Prince of Wales Charles, The Duke of Cambridge Prince William and Prince George of Cambridge, The remaining Royal Family are represented by myrtle blossoms, an ancient symbol of marriage and love. Sprays of wattle, each with seven blossoms,
represent the royal couple's seven decades of marriage.

Fine Silver Proof 2003 Year Set Since its inception, the Mint has maintained a proud tradition of ch…

Australia's Volunteers Making a Difference With the issue of this year 2003 Six Coin Proof Set, the …

USA 1964 Kennedy Half Dollar This John F. Kennedy half dollar was first minted in 1964, this fifty c…